A passion for polyrhythmic percussion began as a hobby when, at around 15, Sam heard djembe at a Techno party. He played with friends for fun but music is in his blood. Dad Paul is a well-known singer and Sam was tapping along to tunes at an early age. Sam and his djembe have now played at many gigs, from PRIVATE PARTIES TO MAJOR CLUBS, adding an extra dimension to a club night or special party occasion. Clubs also get great response by using video of Sam’s playing for publicity on web sites and social media. 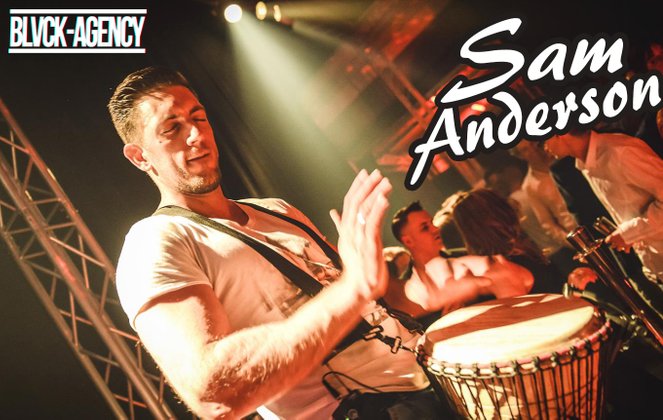